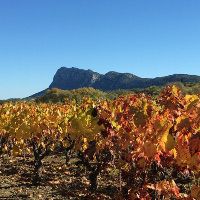 In autumn, the temperatures remain very pleasant in Languedoc, they turn around 20 to 25 ° C with a beautiful sunshine. It is the Indian summer and the foliage is adorned with red-orange colors that transform the landscape into a magnificent picture.

However there is more rainfall, and at the end of September and early October there may be storms accompanied by heavy rains: the Cevennes episodes.

The vineyard in autumn 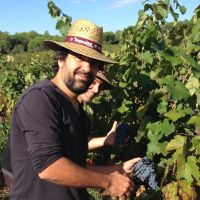 This is of course the harvest season! In Languedoc it can start very early, at the end of August for the white grape varieties that are ripe first. Depending on the weather (rains, sunshine …) it can spread until October for later grape varieties such as Mourvèdre. It is a fragile grape variety that needs sun and ripens slowly.

This year the grape harvests started very early, it begun 10 days ahead, as of August 15 for some!